The natural beauty of Jammu and Kashmir is underlined by its exquisite flora and fauna. The state is rich in natural resources. In its lush forests, you can find the rarest species of wildlife in their natural habitats. This experience gets more exhilarating at the wildlife sanctuaries of Jammu Kashmir. There are many biosphere, reserves and national parks in Jammu Kashmir. 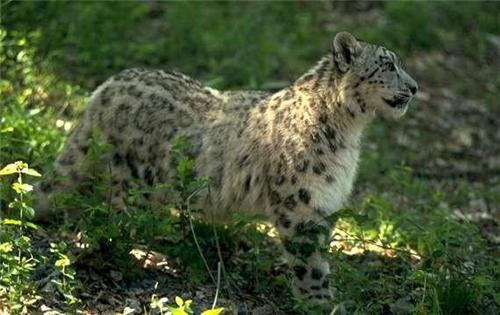 They are specifically created to preserve the special wildlife of this region. At such high altitudes, maintaining these parks and sanctuaries is also quite challenging. And the authorities endeavor hard to preserve and conserve them for the future generations. Here are the details of wildlife sanctuaries in this state.

Here is the detailed list of wildlife sanctuaries and parks in Jammu region:

Kishtwar High Altitude National Park is among the top recommended wildlife parks of Jammu Kashmir. The park is covered in the area of 4, 21, 500 hectare land in region of Jammu. It got status of National Park in the year 1981. Kishtwar High Altitude National Park consists of sharp ridges and steep terrains which makes it difficult place to explore. Due to such geographical conditions, its altitude ranges between 1700 meter low and 4800 meters high. This National Park is abode for 15 species of mammals including brown bear, leopard, langur, morkhor, musk deer, and hangul. September to March is perfect time to watch mammals in park and March to May is good period to watch birds in this region. 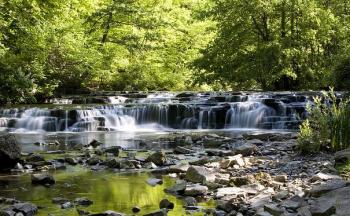 Ramnagar Wildlife Sanctuary is one of the effortless and simple wildlife destinations of Jammu Kashmir. The wildlife park is situated at the distance of 6 km from Jammu city, which makes it easily accessible tourist spot for visitors. It is situated in the area of 32 sq km. It houses mammals such as barking deer, rhesus monkey, wild boar, nilgai, etc.

Ramnagar Wildlife Sanctuary is located at the elevation ranging from 430 meters to 611 meters from sea level. The park is easily explored by visitors due to gentle geographical conditions.

Jammu is the major rail head and airport center to arrive at Ramnagar wildlife sanctuary in Jammu Kashmir. March to May is good period for vacations in this wildlife park. 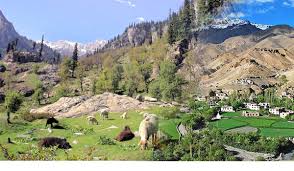 Nandini Wildlife Sanctuary is positioned around twenty six kilometers away from Jammu city. The sanctuary derived its name from the village Nandini which is located in this wildlife reserve. Many endangered animals such as wild boar, goral, monkey, grey langur, and leopard are housed here.

Rare species of birds are also found in this wildlife sanctuary. These are chakor, chir pheasants, red jungle fowl, pigeon, peafowl, mynah, and rock pigeon. But recent development has caused some adverse effects on the establishment of Nandini Wildlife Sanctuary.

It needs attention of government machinery to rev up the tourist spots occupied in arena and introduction of facilities is also necessary. 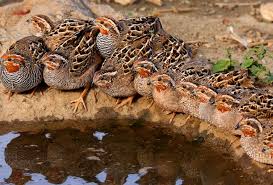 Jasrota Wildlife Sanctuary is one of the prominent wild habitats established 65 km away from Jammu region. It has its existence on the shores of River Ujh and derived its name from village Jasrota. Spread over the area of 25.75 sq km, it is blessed with rich flora and fauna that contributes to its wide range of woodland. Cheetal deer are the main attraction of Jasrota wildlife sanctuary.

Jasrota is well known for Bamboo plantation. But the major component of Jasrota Wildlife Sanctuary is its avifauna. The wide range of avifauna exists in forest are red jungle fowl, green pigeon, blue rock pigeon, peafowl, and jungle bush quail.

March to May is best time to visit this forest to watch these magnificent creatures.

Trikuta Wildlife Sanctuary is mapped in the area of 27 sq km under govt. orders and recognized in the area adjacent to Maa Vaishno Devi Shrine. It is not yet developed and taken by forest department.

Apart from these wildlife sanctuaries and national parks, Jammu has many conservation reserves for its rare wildlife. These reserves include:

Here is the detailed list of famous wildlife sanctuaries located in the region of Kashmir valley.

Dachigam is one among the 5 recognized National Parks of Jammu and Kashmir. It is comprised in the area of 141 sq km towards the eastern side of Srinagar. It is mere 22 km from state’s summer capital and it encompasses ten villages of this area. The park was under strict protection since 1910 but the status of national park was awarded in the year 1951. Initially it was incepted for unpolluted drinking water for the city of Srinagar, but later due to its wildlife habitats, it has been declared wild reserve. 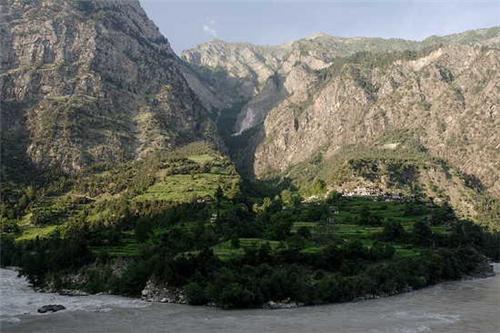 The altitude of park is measured in the range of 5500 feet to 14000 feet in the Zabarwan Range of Himalayas. The landscape of this park is comprised of sharp cliffs, plain grassland, and soaring mountains. Sarband water body in the backdrop of park is one of the most serene locations of Dachigam National Park. 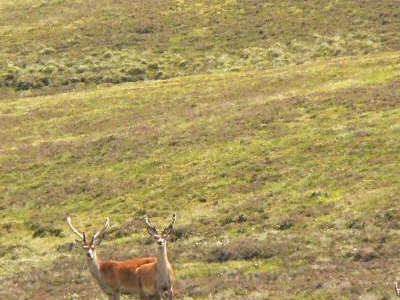 National Park, named after the famous nature enthusiast and Ornithologist, Salim Moizuddin Abdul Ali. Spread over the area of 9 sq km, it is incepted in the area of Sonamarg near Srinagar.

The park was recognized as National Park in the year 1992. Snow cock, Serow, Hangul, Himalayan Black bear, Musk deer, and Leopard are some of the highlighted species of Salim Ali National Park.

It was transformed into Royal Spring Golf Course during the period of 1998 to 2001.

Rajparian Wildlife Sanctuary is located 100 km from Srinagar and 46 km from Khanabal in Jammu Kashmir. The park is positioned in the extreme south western corner of state beside the catchment of Jhelum. This wildlife sanctuary has been protected since the time of Maharajas rule in valley. It got the status of National Park in 1981 under the Wildlife Protection Act. It has derived its name from Rajparian Nallah that drains this region. It is also called as Daksum Wildlife Reserve.

Stretched in the area of 20 sq km, it is one of the most difficult wildlife sanctuaries to explore for travelers. It carries rich species of both flora and fauna. Kail pine, coniferous, spruce, juniper, deodar, Fir and Birch trees are found in this vegetation. Animal like musk deer, hangul, Himalayan black bear, etc are also preserved here. Eco tourism concept has been introduced in park to maintain natural habitats and attract travelers from all around the world to come at Rajparian Wildlife Sanctuary. 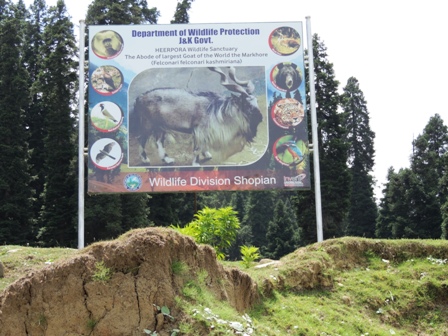 Overa Aru wildlife reserve is stationed in the region of Aru valley around the fresh water streams, Lidder and Overa. It is one of the biggest wildlife sanctuaries in Jammu Kashmir covered in the area of 457 sq km. To accentuate the insight value and create opportunity for tourism, the government has awarded the sanctuary and upgraded it to Man & Biosphere Reserve. 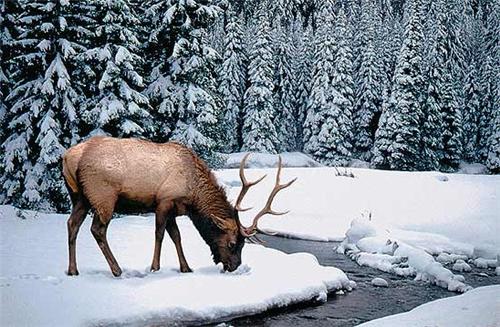 Gulmarg Wildlife Sanctuary is one of the most attractive sites in Jammu Kashmir tourism. This biosphere reserve is located in the south western side of Srinagar which is 48 km from summer capital. The average elevation of this sanctuary is in the range of 2400 and 4300 meters, comprising in the area of 180 sq km. The unique feature of this park is that entire area is covered by rich vegetation of green plants with hardly any patch on soil. Cedrus Deodara, Abies Pindrow, Pinus Grifithii, Aesculus Indica, etc. contributes to flourishing greenery of Gulmarg Biosphere Reserve. Red Fox, Leopard, Brown bear, Black bear, Hangul and Musk deer are the few varieties of mammal found in this sanctuary. March to May is the best time to visit and watch avifauna that resides here. Avifauna here includes snow cock, blue rock pigeon, European hoopoe, Kashmir roller, griffon vulture, koklas and monal.

These are the main conservation reserves present in entire Kashmir valley to preserve its bounty of flora and fauna.

Here is provided the details of wildlife sanctuaries present in Ladakh region.

Hemis High Altitude Park or Nemis National Park is one of the magnificent establishments of wildlife in the region of eastern Ladakh. The Park came into existence during 1981. Covered in the area of 4400 sq km, it is the biggest national park protected under government regulation. The park is abode for most endangered mammals of wild animals like snow cat. It houses approximately 200 snow cats that are hard to find in any other such park. Surrounded by Indus in north, it is also bound by Markha, Rumbak and Sumdah catchments in Ladakh.

Wildlife of Hemis can be explored by trekking as there is no effective motor transport infrastructure inside the park. June to October month is good time to visit this national park in Leh. But, people who wish to see snow cat must visit park in winter. Kushok Bakula Rimpochee Airport is the nearest transport facility to get into Hemis National Park. It is situated at the distance of 5 km from park. Leh Manali highway passes through the northern periphery of this park. Road transport is the second easy way to arrive in valley. The city of Leh is 10 km away from this venue which act as center for providing facilities required by visitors. Accommodations are available for travelers at East West guesthouse for nominal rates within premises. 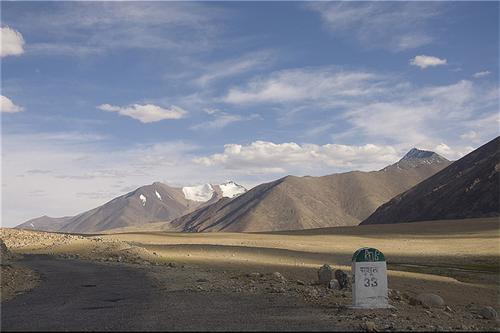 Changthang Cold Desert Wildlife is one of the largest nature parks of China. Some of its part falls in Ladakh region which is a favorite spot to visit in India. Ladakh is one of the favorite spots for International travelers who wish to visit natural places in this region. Hence, Changthang Cold Desert Wildlife Sanctuary came into limelight. The elevation of sanctuary varies between 14000 feet to 19000 feet which is one of the coldest parts of region; hence it is called as cold desert. Tibetan yak, gazelle, wolf, and argali are found in the premises of park. More than 200 rare species of wild plants are soiled at this wildlife sanctuary. The border of Changtang wildlife sanctuary is surrounded by Pangong Tso and Tsomoriri Lakes which are major attractions of this place.

Karakoram wildlife sanctuary is situated at the height of 18550 feet in the region of Ladakh. It is comprised in the area of 5000 sq km accommodating one of the rarest species of mammals. Snow leopard, lynx, wolf, red fox, snow cock, pigeons, partridges, bharal, sapo and Ibex are the highlighted animals found in Karakoram wildlife sanctuary. It not only preserves these rare species but also conserve rare plants having medicinal value.

An untouched beauty, Kanji wildlife sanctuary is situated at the basin of River Kanji in Ladakh region. The village Kanji found here is the only human sign available near this wildlife. It derived its name from this river and village itself. It got the recommendation of wildlife sanctuary in 1981 and was entitled with the area of 100 sq km. it is positioned at the elevation of 5150 meters comprising of rough ridges, sharp slopes and pastures. Leh is the nearest Airport to reach here. 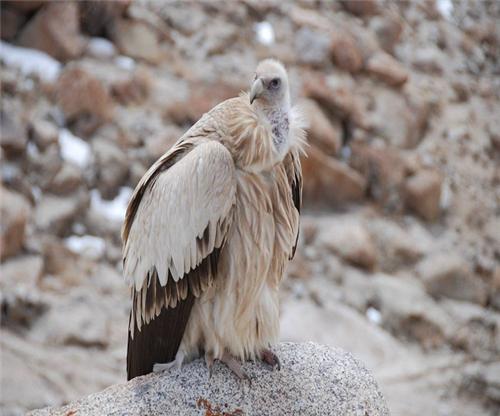 Other Wildlife Reserves in Ladakh Region

These are the popular and naturally rich wildlife sanctuaries of Jammu and Kashmir. A journey to these national parks, sanctuaries, and reserves offer you glimpses of the varied wildlife existing in this state.