Transport in Jammu and Kashmir

Transport in Jammu and Kashmir 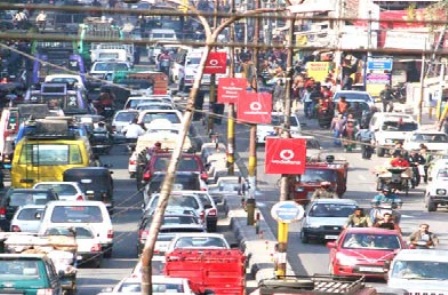 Jammu and Kashmir is one of the prominent places of tourism in India. This impressive destination attracts tourists from across the globe.

To overcome the need of connectivity to other parts of country, transport infrastructure is adequate and development is still on in the valley.

Air Transport in Jammu and Kashmir

Jammu & Kashmir is well connected to other parts of India through three airports located in the region. These three airports are located at Jammu, Srinagar, and Leh. One airport at Kargil is allocated for defense forces; therefore it is not used for commercial flights. However, Jammu and Leh airports are operating domestic flights while Srinagar hosts domestic as well as international flights.  This is the best medium of transport in Jammu & Kashmir at such difficult region.


Did You Know? The Satwari Airport is used by 8.5 lakh people per year!!!

Leh Airport near Jammu and Kashmir 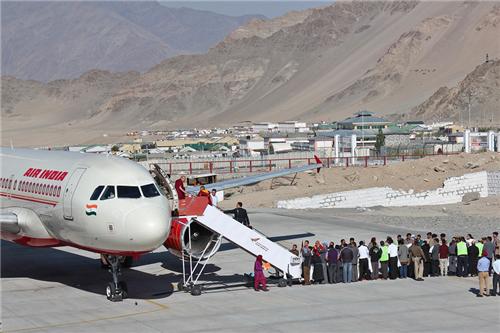 Leh Airport is one of its kinds of aerodrome that is situated at such high altitude. It is called as Kushok Bakula Rimpochee Airport. It is located at the elevation of nearly 3256 meters. Due to such hard conditions, few flights are operated from here, that too in morning only. Tight security might be time consuming so be prepared. Flights from Srinagar, Jammu and Delhi are scheduled to arrive at Leh.

As the only airport with international standard in Jammu Kashmir, Srinagar airport is located 12 km away from mainland of city. Jet Airways, Air India, GoAir, IndiGo, Spicejet and Jet Konnect are operating for Srinagar airport. Flights from Jeddah, Mumbai, Delhi, Bangalore, Chandigarh, Jammu, Lucknow, and Bhubaneswar are easily available to reach Srinagar.

Road Transport in Jammu and Kashmir

Road transport provides best connectivity to the major and minor cities of state. Even since historic times, this region is known for its excellent road connectivity. Once, it used to fall en route the Silk route connecting parts of central Asia with Indian sub continent. Even pre-independence era was marked by the Jammu Kashmir has varied regions that offer different infrastructure to arrive through road in this region.

Jammu is the main hub for state. You can say it is the gateway to Jammu & Kashmir state. Bus from Delhi and Chandigarh are available to reach Jammu. Comfortable Volvo buses can be boarded from Red Fort area in Delhi. It is nearly 10-12 hour overnight journey with plenty of comfortable seating options. The fare varies from Rs. 400 to Rs. 1200 according to the comfort and luxury of bus. 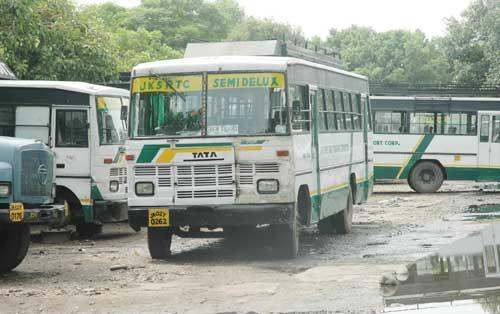 Bus operators offers booking up to Srinagar but Jammu to Srinagar is usually covered by cabs. Passengers must enquire beforehand regarding luggage charges in cab. Fare is around Rs. 1200 to 2200 per passenger for Srinagar from Delhi. Punbus (Punjab Roadways) and private operators are also offering bus service to Jammu from Chandigarh. Bus service from Manali is available to arrive in Jammu Kashmir.

Leh-Ladakh near Jammu and Kashmir

Leh Ladakh is difficult place to arrive in the region of Jammu & Kashmir. There are two different ways to reach this location. First is via national highway 1 from Srinagar and other by Shimla Manali route. Leh is 434 km from Srinagar while 473 km from Manali. Traveling to Leh from these locations takes nearly 18 hours to 24 hours. The approximate fare offered from both locations is Rs. 560 onwards. Buses to Leh are also available from the town of Keylong in Himachal Pradesh. 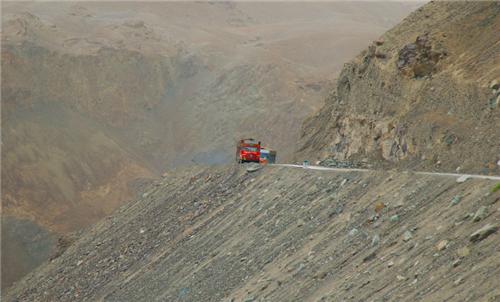 Rail Transport in Jammu and Kashmir

Jammu is the main station that is connected to all parts of India. Express trains, Rajdhani, and Superfast trains are available from different locations to reach Jammu Tawi station. Tracks are extended to Udhampur and Katra. Few trains give access to these stations as well.

Main cities such as Mumbai, Guwahati, Kolkata, Delhi, Lucknow, Patna, Bhopal, Bangalore, Ahmedabad, and other important towns of states in India are connected through railway tracks.

After Jammu, it is the important station that is starting point for numbers of trains. It is recently inaugurated and become important in terms of passengers to connect with valley. Huge numbers of pilgrims come to this station for Maa Vaishno Devi shrine. 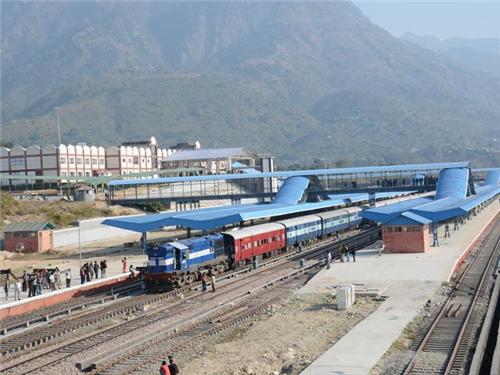 Srinagar Railways station is one the verge of becoming important junction in terms of connectivity. The tracks will be soon connected to main broad gauge line through Jammu. Srinagar-Leh line is proposed in valley as well.

In Jammu Kashmir, its different areas are well connected through inter city transport facilities. The state has varied landscapes due to which reaching far flung areas may become a daunting task. But this local transport mechanism has simplified these situations. They offer easy access to the most difficult terrains of the state and makes traveling within its boundaries, simpler.

Road is the best transport infrastructure available in the valley. JK state transport has deployed A/C and non A/C buses between all major towns of state.

Tour operators are available in the city of Jammu Kashmir to provide private cabs and taxis to travel within the state.

Indica, Tavera, Bolero, Innova, and mini vans are available for hire according to need.

Single individuals can choose sharing taxis for making journey cost saving. The cost is calculated per kilometer basis i.e. around Rs. 8 to 20 (excluding halting charge and tolls). Apart, tour packages are also available along with transportation, accommodations, sightseeing, and food. You can check out that also.

Baramullah to Banihal is well connected through railway tracks on one side of valley while Jammu to Katra is also connected via road. Katra to Banihal is still under construction.

DMU trains are scheduled from these stations. They are good way to commute between cities.

The state of Jammu and Kashmir has a well laid out network of highways.  These highways are the real lifelines of this state connecting it to other parts of the country. Some of the most important national and state highways are situated within the boundaries of Jammu and Kashmir. They are not only used to get and out of the state but also to transport all essential supplies to it. The most important highways in Jammu Kashmir are: 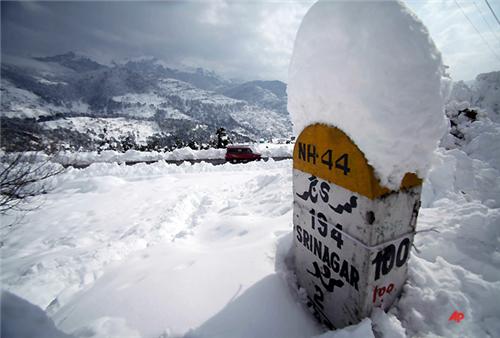 This highway connects Jammu Kashmir with the entire country. It runs entirely within the state. This highway with length of 663 km has its northern terminal in Uri. It passes through the toughest of terrains and remains closed in winters due to snowfall and landslides. Jawahar Tunnel also falls on its route from Jammu to Srinagar.

This highway runs from Batote to Khanabal. Its entire stretch of 274 km falls within Jammu Kashmir.

Now named as National Highway 144, it runs for distance of 8 km between Katra and Domel.

This highway is also called Srinagar-Leh highway. It is an important link that connects Leh with the valley. It offers wonderful glimpses of Kashmiri countryside along its stretch. It has length of 422 km with two high passes of Zojila and Fotula falling en route.

This highway stems from National Highway 1A and it connects Jammu Tawi with Srinagar. This is the only road that joins Kashmir valley with rest of the country. It originates from Lal Chowk and passes through districts of Anantnag, Pulwama, Ramban, Kulgam, and Udhampur before entering Jammu city. It has total length of 295 kms. Two control rooms are also there, one each in Jammu and Srinagar to help the commuters of this highway. 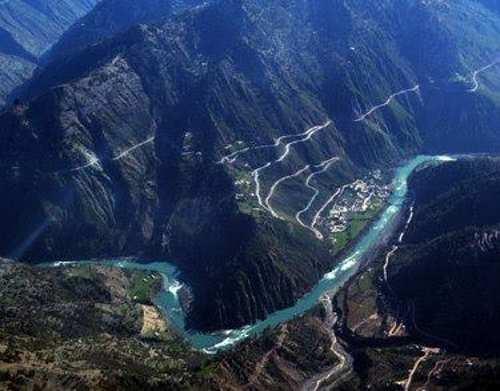 This is also a national highway that connects Udhampur city with Jammu. It has stretch of 64 km and it offers road link to Katra as well. It is recently built as four lane highway with all required facilities for travelers. The highway also provides link to bypass road between Samba and Udhampur. Many army establishments and beautiful terrains can be watched while traveling through this highway.