Along with its natural splendors, Jammu Kashmir offers you amazing sights of its historical heritage as well. The state has magnificent forts, palaces, and monuments that speak proudly about its past. Jammu Kashmir is an ancient settlement that dates back to mythological era. It has been ruled by various dynasties over its history of more than 5000 years. While most of these historical monuments are depicting their rich architecture, some monuments are now in ruined state. Though, efforts are made by government to restore and preserve these structures for future generations as well. 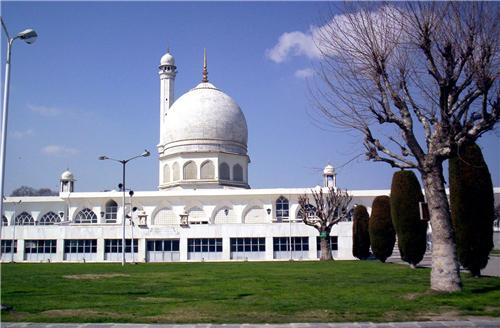 The journey to historical monuments in Jammu Kashmir is marked by the natural beauty surrounding them. Snow capped mountain peaks, lush forests, gushing streams, and green orchards fringe them beautifully. These places define the serenity of this region along with the architectural genius possessed by the erstwhile rulers of this state. Every region of J&K has specific historical monuments reflecting the distinctive heritage of that place. From Ladakh to Kashmir valley and Jammu city, these monuments dot the verdant landscape of this state with their glory.

Some of the most visited forts and palaces in Jammu Kashmir are: 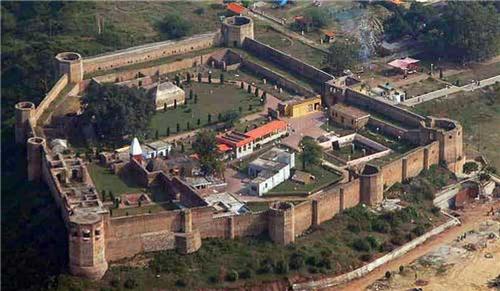 This old fort was built around 3000 years ago by Rajput king Bahu Lochan. It stands tall on the left banks of River Tawi overlooking the beautiful Jammu city from its ramparts. The original fort was renovated several times by Dogra kings. It is a primary attraction in Jammu city. The fort is also famous for pilgrimage of Bahu Temple situated within its premises. This temple dedicated to Goddess Kali, is also called as Bawe Wali Mata Temple. This temple attracts hordes of devotees on Sunday and Tuesday. Twice every year, Bahu Mela is organized at Bahu Temple or Mahakali Temple of Bahu Fort. As per local beliefs, the deity of this temple is mightiest in mystical powers after Mata Vaishno Devi. 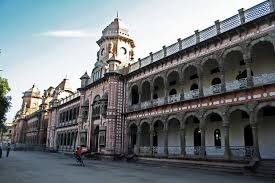 This is the most famous palace of Jammu Kashmir. It was built by Dogra dynasty as royal residence of their Maharajas. This palace located in the heart of Jammu city took around 150 years for its completion. It continued to be the imperial seat until 1925 when Maharaja Hari Singh made Hari Niwas Palace, his official residence. Some of the parts in this palace are in ruined state but even then, they add to the magnificence of this monument. This palace is built in European Baroque, Rajasthani, and Mughal styles of architecture. The entire complex encompasses structures that include Darbar Hall, Royal Courts Buildings, Nawa Mahal, Pink Palace, Hawa Mahal, Rani Charak Palace, Sheesh Mahal, and Toshkhana Palace. Read More Here. 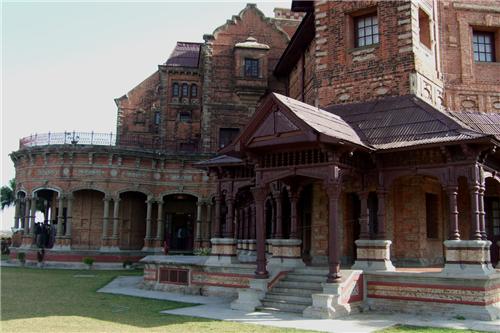 This palace in Jammu is also a stupendous example of kashmiri history. This grand palace was built during 19th century by Maharaja Amar Singh. It is built on the format of a French Chateau. The first floor of this building has enchanting French windows and their triangular projections remind one of the Greek architectural style. The beauty of this palace is enhanced by its location from where it majestically overlooks Jammu city. It has Tawi River flowing towards its side. You can enjoy the views of Shivalik ranges from this palace. The Heritage hotel named as Hari Niwas Palace Hotel is also adjoined to Amar Mahal. Read More Here.

This fort is also known as Reasi Fort. Reasi is a quaint town located towards northwest direction of Jammu city. The fort was used as a place to stay during emergencies by the Dogra rulers. Maharaja Gulab Singh heir to the founder of Reasi town, got this fort rebuilt using stones. It took more than 30 years from 1917 to 1841 to rebuild it. With reconstruction, it was fortified to sustain any attacks. 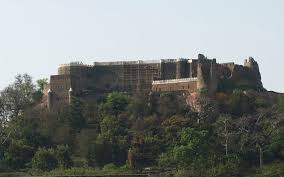 It is a huge fort highlighted by Rajasthani carvings done on its entrance gate that is made from Baluka stone. This entrance gate also has huge statues of Goddess Mahakali and Lord Hanuman. It is fortified by a massive stone wall to protect the fort from any type of attack. It comprises of a temple and pond along with many other rooms. After demise of Maharaja Gulab Singh, his successors used this fort as treasury and armory. During British regime, this armory was demolished and treasury was handed over to them. Post independence, renovation of Bhimgarh fort was done and it was opened for public. 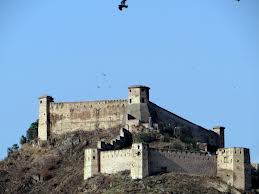 This Mughal Fort is situated on the top of famous Hari Parbat hill in Srinagar. It lies towards the west side of Dal Lake. This Durrani Fort was initiated by Mughal emperor Akbar. He wanted to construct it as a citadel for new city. But the fort actually got constructed during 1808 by Shah Durrani.

To visit this fort, permission is granted by State Archeological Department. Along with the fort, there are many revered religious shrines within this area. These shrines including Sharika Devi Mandir, Maqdoom Sahib, and Gurudwara Chevin Patshahi as major attractions of Hari Parbat. 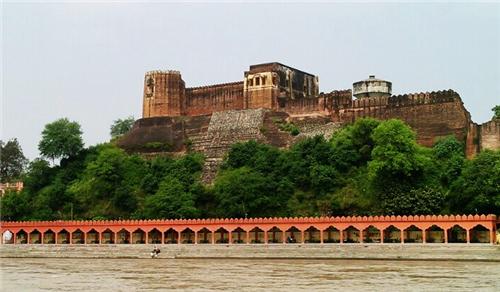 Akhnoor is a historic town located on Jammu Poonch Highway. This history of this town is described by Akhnoor Fort. Foundation of this fort was laid in 1762 AD by Mian Tej Singh but construction got completed in 1802 AD by Raja Alam Singh. The fort is situated on the right banks of River Chenab and it has elevation of 988 feet from surface level.

The fort offers breathtaking spectacles of Trikuta Mountains and Shivalik Ranges along with verdant greenery scattered all around. Major part of this fort is in ruins. It has a double storey palace separated by wall. This palace has large courtyard. Walls facing this courtyard are beautified by ancient arches and murals. The fort stands on the site where excavations revealed existence of Harappan and Kushana civilizations as well as early historic settlements.

This historical monument houses administrative departments of government and called as Old Secretariat. It was earlier an ancient palace constructed during 1772 AD by Afghani Governor Jawansher Khan. Later it was used as residence by many Dogra rulers. They extended and renovated this palace many times. The main palace was gutted in fire outbreak during early parts of 21st century. 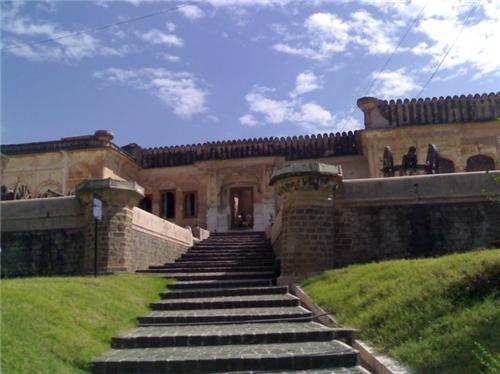 This citadel, popularly called Purana Mahal, was built by Raja Suchet Singh in 1844 AD. This fort located near Sheesh Mahal, is famous for the Sati performed by his wife. That site has been developed as Samadhi of Maharani. It is situated at an elevation of 828 meters and is fringed by green hilly terrains on all sides. The palace in this ancient structure must have been a magnificent building.

The ramparts display beautiful wooden ceilings and walls decked with stucco paint and floral designs. To reach this fort at 105 km distance from Jammu, you need to cross its moat using a narrow bridge. It is a protected monument under Archeological Survey of India. 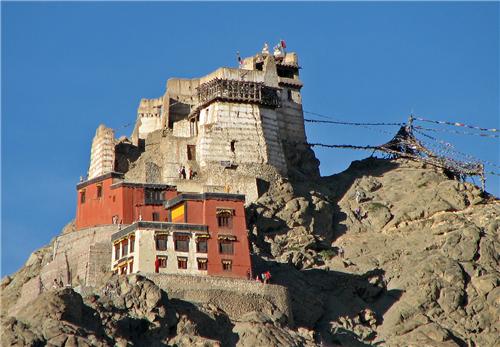 This Ladakhi palace was the former residence of royal family of Ladakh. It was built during 17th century AD on the lines of Potala Palace of Tibet by King Sengge Namgyal, though it was quite smaller in scale. This palace has nine storeys out of which top floors were used by Royal family. Later on, when Dogras invaded this region, the family moved to Stok Palace and abandoned Leh Palace. 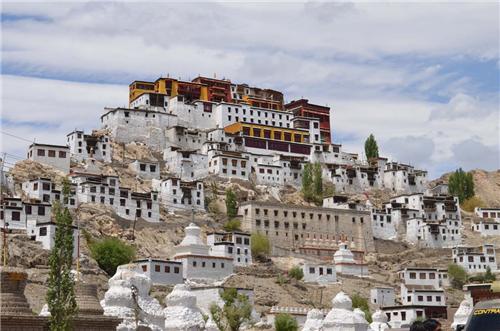 This palace is located in Shey village of Ladakh. It is accompanied by Shey Monastery as well. The palace was built before monastery in 1655 by King Deldan Namgyal of Leh to use as a summer retreat. The monastery was also built later within the same premises by him. This monastery houses the huge gilded gold and copper statue of Shakyamuni Buddha

The palace has a beautiful golden Chorten spire. This palace was abandoned by the kings of Leh when Dogras invaded this region in 1842. Every year, a colorful festival is celebrated at Shey Palace corresponding to the beginning of cropping season. It runs for two days and people from nearby villages attend it in large numbers.

These are some of the historical monuments present in Jammu Kashmir. Even in their ruined stage, these monuments are elegantly carrying their legacy for the onlookers.